A magical high school roleplay
Freedom High
Site Information Click to Toggle
Mystery lurks every which way. As well as death. Betrayal is everywhere. Is it you who will betray your friends and peers? *Read the PLOT*

Welcome to FREEDOM HIGH! We are a roleplay site. Our type of roleplay is a magical high school roleplay. This is an original roleplay concept, where you can make your own characters with their own backstory. If you have any questions, please post in the Questions and Suggestions board. This takes place in the year 2023! The age limit is 18 for your characters. Thank you!<3
Magic/High School
Cityscapes Premade Theme Punki of Adoxography & Pixel Perfect 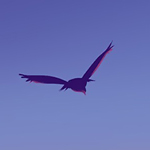